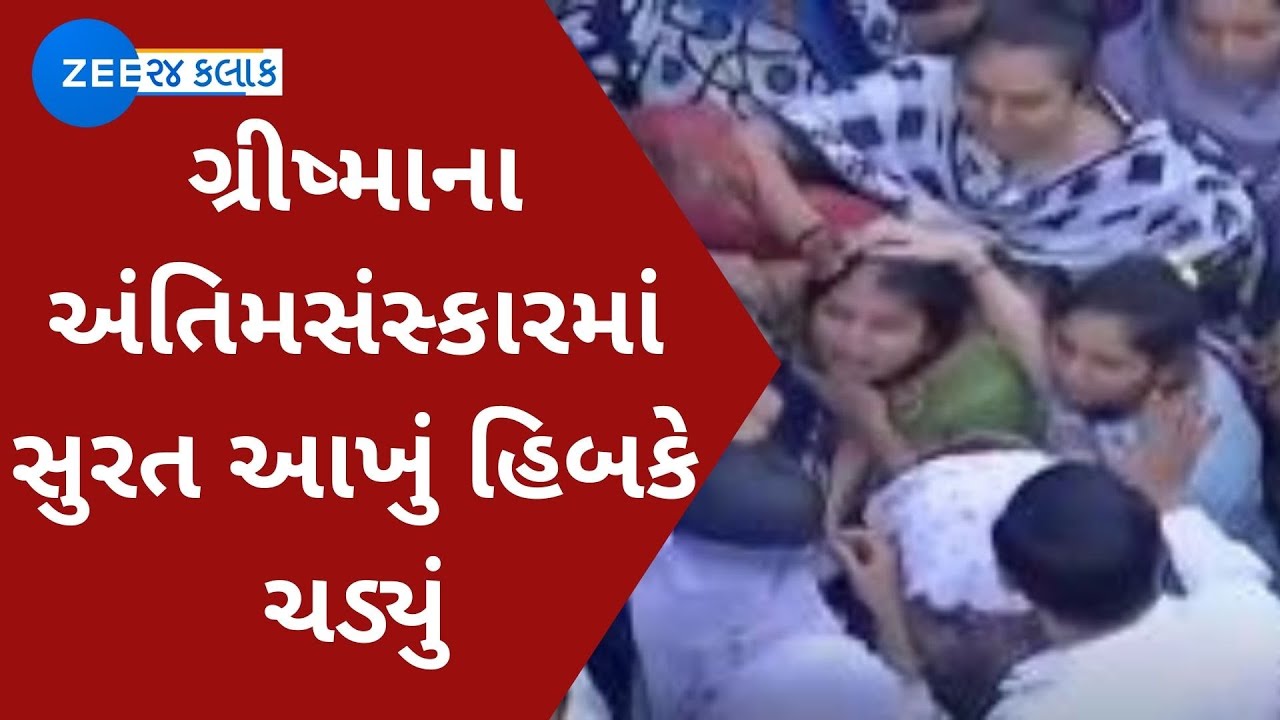 Divyang’s parents fell unconscious in the morning after reporting the murder of Grishma. Relatives of the mama party arrived before the summer funeral. Strict police contingent, including DCB, PCB staff arranged.

In a one-sided love affair near Pasodra Patiya in Kamarej taluka of Surat, on February 12, a young man strangled a young woman named Grishma Vekaria to death in public. The whole of Gujarat is shaken by such a brutal murder of a young woman. Since Grishma’s father was in Africa, Grishma’s funeral was not held for two days. The father was heartbroken to hear of his daughter’s brutal murder.

The father, who came to Surat from Africa, fell to the ground as soon as he heard about his daughter’s murder. The whole society is in mourning. Society, on the other hand, has been cordoned off for the final journey. Tight security of the police has also been rocked. The final journey of summer has begun. Her body has the cries of her parents. The people of the society are saying goodbye with tears.

A large number of anthropologists have gathered for the summer funeral. A funeral procession has been held with police escort. 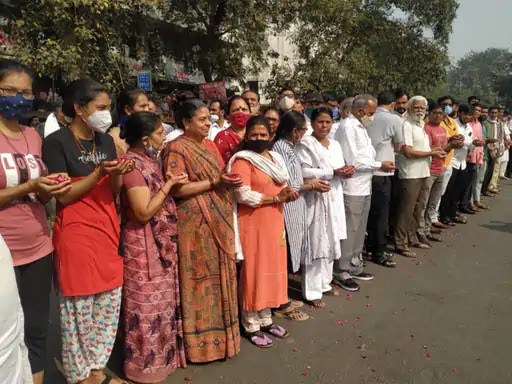 Summer’s final journey left home with police escort. Along the way people joined spontaneously. People came out of the house to pay their respects to Grishma’s terrestrial body with both hands clasped. At the same time, people were outraged. The people also demanded that the murderers of Karpin be given severe punishment.

Society, on the other hand, has been cordoned off for the final journey. Women are coming in large numbers. Tight security of the police has also been rocked. A convoy of district police has been deployed in the entire area. From Surat border to Ashwini Kumar, special branch has been assigned the responsibility of provision. Private vehicles have been seen preparing for the trip with a photo of the final summer trip. 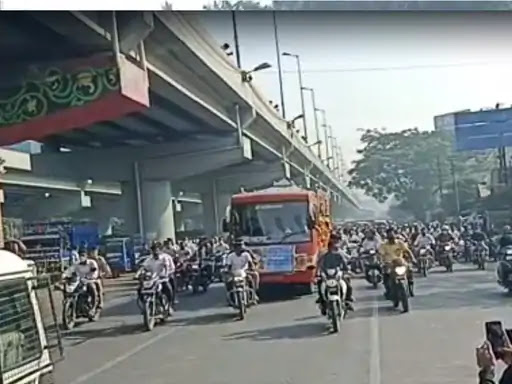 Tight police cordon was set up from Pasodra Grishma’s house to Hirabag and Ashwinikumar crematorium. Police were also deployed at the cemetery to prevent any untoward incident by the people. Police were deployed in Kamaraj, Sarthana, Kapodra, Varachha and Katargam and all the traffic sectors of the area. The ACP, DCP and traffic police of the area were also involved.

Minister of State for Home Harsh Sanghvi visited the family

In this highly sensitive case, Minister of State for Home Harsh Sanghvi arrived at Pasodra to visit the family, where he offered his condolences to the family and arrested Haiya for speedy justice for his daughter. Harshad Sanghvi said that the police were working hard in the entire case and trying to file a chargesheet quickly.

The forensic team’s report arrives quickly. The mobile is being examined in a forensic laboratory, so that the police, after gathering strong evidence, can quickly file a chargesheet and give the accused a punishment that would be exemplary. There will be such justice that no other youth would dare to do such an act.