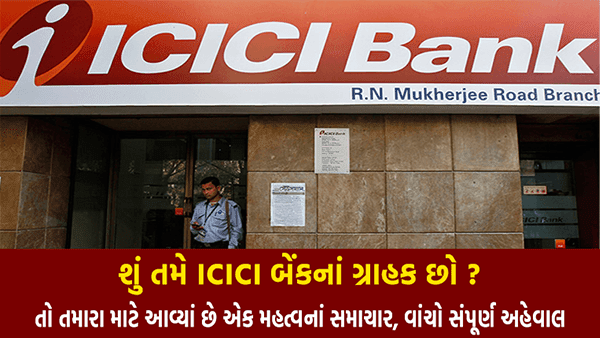 Activation charge will be applicable after February 14
A One Time Activation Charge of Rs.500 (+ Tax) will also be levied for activating ICICI Pay Later service from February 14, 2022. This fee is waived for the money and GPC income segment.

What is ICICI Pay Later Account?
ICICI Pay Later account is a type of digital credit product. Under this service you can first spend and then pay. For this, the bank is offering interest free credit service to its customers for a period of 30-45 days.

Who gets the ICICI Pay Later facility?
This service is available to the customers of ICICI Bank. You can activate this service through ICICI’s iMobile App, Pocket App or Internet Banking. Once this account is activated, you will get the UPI ID and Pay Later account number at pl.mobilenumber@icici. The special thing is that apart from UPI, this credit service can also be used through Net Banking.

ICICI Pay Later users can also pay to nearby shopkeepers
Users of ICICI Pay Later can also shop through it at grocery stores near them. You can pay the merchant by scanning the UPI QR code. Payment can be made through Pay Later to all online merchants that accept payment through UPI or ICICI Internet Banking. However, you cannot pay credit card bills or transfer person-to-person (P2P) funds through a Pay Later account.
If you like this article please comment and share